In my last post, I notified my readers that HB 85, the anti-clustering bill preventing registrants from living within 500 feet of each other and one per multi-family unit, has passed Judiciary and is nnow up for a full vote in the House of Representatives (CLICK HERE for more information on contacting your legislators).

Below is a letter sent to the House by a reader of this blog. I felt it was very well-written and worth sharing. Personal information has been blocked for their protection:

Dear Members of the Alabama House of Representatives,
As a resident of Alabama and a concerned citizen of the Commonwealth, I am writing to strongly urge you to revise HB 85 not to be an Alabama state wide law for several reasons as follows:

Solutions that will stop most new sex crimes from ever happening are the following:


Also, I ask for an exemptions granted to my legal living residence.  I live at an ideal group SO location and I only have to walk directly across the street from my residences to my employment *** (about 350 feet from my room) for the past three years as noted below:

If HB 85 passes, I will be force to relocate.  The ****** has been an ideal legal grouped sex offender’s location in Mobile for many years for the following reasons:

I am one of three law obeying sex offenders (A.K., L.M., and myself-M.P.) that committed our crime in Mobile (not drifters), completed our full sentences, and we have become Christians seeking to be a blessing and not a curse.  We have lived more than three years at the ****** location (no complains, etc.).  Our families live here in Mobile County, we need their fellowship reinforcement, and we work at our jobs to help support them, too.  There are a few other offenders that temporarily stay here.  If HB 85 passes I will be one of the state wide thousands of offenders that will be force to relocate from living outside of a neighborhood area and then forced to live inside a neighborhood area or become homeless/jobless (unable to locate a legally available residence).
The ****** is another legal group sex offender’s location in Mobile to live at for many years.  It’s an ideal location with most of the same benefits as the C**** with one difference as follows:
The Mobile Police Headquarters and is only 1,500 ft. away from the group residence of offenders at ********, located at **** Mobile, AL
HB 85 would be devastating to thousands of former offenders and to their families, too.
I urge you and the legislature to not pass HB 85 state wide, but instead to help the Triumph Church situation in place of scattering thousands of offenders into other unaffected neighborhoods and creating a worst situation for our voters, state wide.  I would appreciate a written reply that states where you currently stand on this issue.
Thank you for your time and consideration and look forward to hearing from you.

Posted by oncefallendotcom No comments: 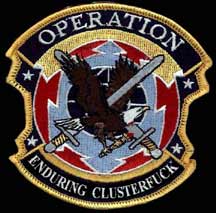 Note: I am on the ARC Talk Radio on 4/17/13 to discuss HB 85, the anti-clustering bill. CLICK HERE to access the show. The show is archived for your listening pleasure.

I was just informed by phone today that HB 85, the anti-clustering law, has passed the Judiciary and will soon go before the entire House. Why it isn't noted on the legislative website, I'll never know, but now we need to address the entire state legislature.

In the coming days I hope to have more information on this latest development.

In the meantime, if you want to email all House Members, here is the list of those with an email address:

Today I wrote an email to them:

Members of the Alabama House of Representatives,

I was dismayed to hear that HB 85, the sex offender anti-clustering law, has passed the Judiciary Committee, despite my warnings of the dangers of such a bill, and now goes before a full house vote. I am writing you today to implore you to reject this terrible piece of legislation.

The purpose of the bill is to increase the already stringent residency restriction law, which is already 2000 feet from schools, daycare centers, and colleges, while local ordinances may further restrict where registered citizens can live. The law does not consider the fact few people will rent to registered persons, partially out of fear but mostly out of hatred for those on the public registry.

“The Ordinance appears to attempt to ensure public safety, in certain parts of Allegheny County, by isolating all Megan’s Law registrants in localized penal colonies of sorts, without any consideration of the General Assembly’s policies of rehabilitation and reintegration.” -- Pennsylvania Supreme Court Justice CJ Castille, Fross et al. v. County of Allegheny, No. 17 WAP 2010

Residency restrictions create clusters of sex offenders. It is the one and only cause of clustering. If you make 98% of available housing off-limits to a group of people, a reasonable person would conclude the vast majority of those impacted by this law will move into the 2% of the remaining available housing. Passing HB 85 will eliminate much of that 2% of remaining housing. That is a very dangerous proposition.

You only need to look at the state of Iowa to understand the implications of passing a new, tighter restriction.

In 2005, Iowa passed what was at the time the most restrictive residency law in the country. Those forced to register as sex offenders could not reside within 2000 feet of any place children congregate. The impact of the law was immediate. Rural motels and trailer parks were filled with registrants as they flock to the few places left in the state where they could legally reside. One hotel with 24 rooms had 26 registered citizens at the address. Other registrants were left homeless and sleeping out of the back of their cars and trucks. Authorities reported three times as many registrants missing in the year after the residency law began than the year before (from 140 to 400). The city of Dubuque reported 90% of the city was off-limits. Another sheriff claimed that he used to know where 90% of the registrants in his county resided, but after the residency law took effect, he barely knows where half reside. By 2007, about 700 of the states 6000 registrants moved out of state or fled the country, while there was an increase of arrests of registrants for giving false addresses.

A number of studies have failed to find any correlation between where a person sleeps and whether a person re-offends. A 2003 study by the Colorado Dept. of Public Safety (which was inspired over fears of clustering, the premise of AL-HB85) found no correlation between residence and recidivism. In fact, those with stable housing and a POSITIVE support environment are less likely to re-offend. While much of the testimony before the Judiciary Committee involved transitional housing/ "halfway houses" (called "Shared Living Arrangements" in the study) the study also included those registrants living in a stable home environment. By contrast, those living where there was NO support or NEGATIVE support correlated with higher recidivism. This study dispels the claim Sen. Kurt Wallace has made that clusters of registered persons living in close proximity to each other are more likely to re-offend. (Link to Colorado study: http://dcj.state.co.us/odvsom/sex_offender/SO_Pdfs/FullSLAFinal.pdf)

Senator Kurt Wallace has made his intentions clear. He is passing a statewide law so he may shut down transitional housing in his county. Both Senators Ball and Wallace have been quoted in media reports they intend to close transitional housing in their home counties. I am dismayed the law is being used for what sounds on the surface to be little more than NIMBY-ism ("Not In My Back Yard"). But Senator Wallace's invited "expert" on the issue, Chilton County DA CJ Robinson, admitted before the Judiciary Committee that in three years, there have been no recidivists among the group of 33 Senator Wallace wishes to disband.

A number of victim rights groups and law enforcement officials have long criticized residency restrictions as counterproductive. The Iowa County Attorneys Association (of Prosecuting Attorneys) have spoken out against residency laws. (reference: http://legis.wisconsin.gov/lc/committees/study/2006/PLACE/files/murray4_place.pdf)

The Jacob Wetterling Resource Center (formerly the Jacob Wetterling Foundation) opposes residency restrictions because they cause more harm than good. "The problem is these laws may do more harm than good, if they work at all. In spite of good intentions, these laws have unintended consequences that can actually make it harder to track sex offenders." (see http://www.jwrc.org/KeepKidsSafe/SexualOffenders101/ResidencyRestrictions/tabid/84/Default.aspx)

“When you propose a law restricting sex offenders to 1,000 feet from any bus stop, that’s just not going to work,” said Laura A. Ahearn, executive director of Parents for Megan’s Law and the Crime Victims Center, who lives on Long Island. “You have to be reasonable.”
(reference: http://www.nytimes.com/2013/02/05/nyregion/suffolk-county-still-struggling-to-house-sex-offenders.html)

Residency restrictions in general already have caused a number of unconsidered consequences, including homelessness, vigilantism, and absconding. (see: http://www.ccoso.org/library%20articles/Eliminate%20Residency%20Restricitons%20for%20Sex%20Offenders.pdf)

HB 85 will increase failure to register charges, an increase in recidivism, and adverse consequences for registrants and their families as they are pushed even further to the fringes of society. (It must be noted, however, that those who "Fail To Register" are no more likely to re-offend. See http://www.ccoso.org/library%20articles/FTR%20SC%20short%20report.pdf)

A commonsense approach would be to abolish residency restrictions rather than increase them further by passing HB 85. Iowa repealed residence restrictions for all except those considered the highest risk offenders. Alabama could do the same. Instead, the state should consider commitment to an evidence-based program that stresses a positive rehabilitative environment. Recidivism rates for "sex offenders" is already low (between 2%-10% in virtually all US studies). Faith-based initiatives and positive programs like Circles Of Support and Accountability (COSA) have been shown to reduce that low rate even further. A 2005 study on COSA found the program reduced recidivism by 70%. (See: http://www.oncefallen.com/SOMyths.html for references)

There are effective treatment programs out there but they must stress healing for both offender and victim and allow registrants the opportunity to become productive citizens. HB 85 is not the way to do this.
Posted by oncefallendotcom No comments: