"Achtung! Your papers please. You forgot your license? You're under arrest." 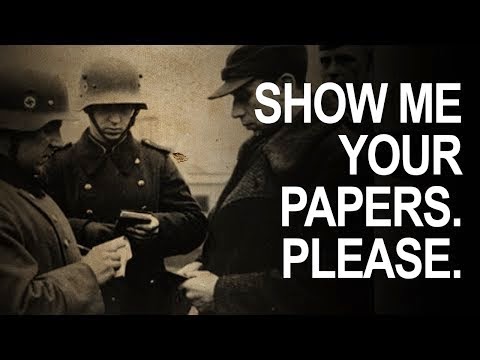 A man gets arrested for forgetting to carry his "papers" with him at all times. Is this 1930s Germany, or Alabama in 2014? It is hard to tell. First, the story:

Officers encountered Bennie Jean Nance walking at the intersection of West Hobbs Street and Lucas Ferry Road just before 10:30 p.m. Saturday. He told officers he was leaving a friend’s house on Ezell Street and was walking to a nearby apartment complex.

The officers offered to take Nance back to the friend’s house. While on the way back to Ezell Street, dispatch advised the officers Nance was a convicted sex offender.

Nance was taken to the police department, booked, and transferred to the county jail.

Here is the actual statute:

So forgetting your ID Card is a Class C Felony? How stupid!
Posted by oncefallendotcom No comments: